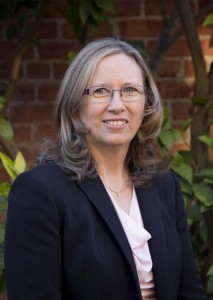 Lynn Krupnik has been representing community associations and condominium associations since 1997. She has represented associations of all sizes, from six-unit condominium complexes to 9500 unit master-planned communities. Such representation includes both residential and commercial complexes. She conducts numerous seminars on association issues every year, and has spoken at the National Seminar for Community Associations Institute (“CAI”).  Lynn also has written multiple articles on the subject, including publication in the national magazine for CAI. She is also a columnist for the quarterly publication of “The Community Resource.”  Lynn is a member of the CAI College of Community Association Lawyers (“CCAL”), and is licensed to practice law in Arizona and New Mexico.
Lynn served as a member of the Board of Directors for the Central Arizona Chapter of the Community Associations Institute for six years, and as an editor for its magazine, “The Community Resource.” She has taught as an adjunct professor on legal issues, and has been involved in drafting and reviewing proposed legislation for community associations in Arizona and New Mexico.
Lynn graduated first in her class from Arizona State University College of Law (now known as Sandra Day O’Connor College of Law), where she was named the ASU Alumni Association Outstanding Graduate.   Lynn also received the International Academy of Trial Lawyers Award (for exceptional trial advocacy skills in Law School Clinic), John J. Ross Award (for outstanding performance in Business Association courses), CALI Excellence for the Future Award (for excellent achievement in Law School Clinic), and Order of the Coif. While at ASU, Lynn served as a managing editor for the Arizona State Law Journal, and as a writing instructor for first year law students. After graduation, Lynn clerked for Justice James Moeller of the Arizona Supreme Court.  Lynn is licensed to practice law in Arizona and New Mexico. 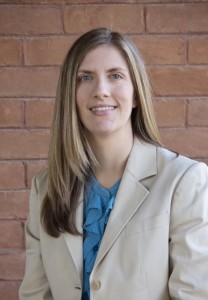 Eric Boyd has focused on representing planned communities and condominiums since 2007. He has assisted associations with a variety of general counsel issues, including analyzing association governance and maintenance issues, reviewing and drafting hundreds of vendor contracts, and advising and successfully defending associations on fair housing issues. Eric also assists associations with reviewing and amending their governing documents to provide clear direction and ensure compliance with the law. He has spoken to association groups on a variety of topics, including vendor contracts, fair housing, best practices for association operations, and the impact of local and federal legislative changes on associations.

Tim Krupnik graduated in 2017, summa cum laude and first in his class from the Sandra Day O’Connor College of Law. He also received the prestigious John S. Armstrong Award, the top honor bestowed by the Sandra Day O’Connor College of Law. During law school, Tim received numerous CALI Excellence for the Future Awards for academic excellence in multiple fields of study, including: Secured Transactions, Federal Income Tax, Decedents Estates, Professional Responsibility, and Arizona Constitutional Law. He also served as an extern for the honorable Judge David Gass Judge Davis Gass of the Maricopa County Superior Courtand Special Master Susan Harris, who is working with the General Stream Adjudication in Arizona.